When I was five years old, my parents got my brothers and me a guinea pig. We loved it immediately. It was an albino guinea pig with red eyes. It looked like something that would get murdered in the Louvre or that cracks the DaVinci Code or I don’t know I never read or saw The DaVinci Code.

Stop it, don’t be gross.

One day, my mom had to clean BJ’s cage, so she set up an enclosure in the backyard to hold him. She put a towel over the corner of the pen to create some shade. But BJ, being but a simple albino guinea pig, didn’t know what was good for him, so he stayed in the sun. And he died.

My mom tried her best to hide the evidence until she could think of a way to tell us that our first pet had died suddenly under her watch. She finished cleaning his cage, which is a weird thing to do if you are a regular person whose children’s pet just died, but not if you are my mom and you are trying to cover your tracks like a sloppy accidental murderer who just needs a minute to think. 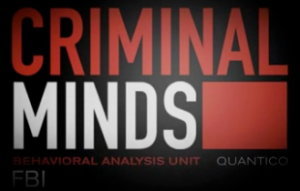 She laid him in his now-fresh cage and told us he was resting after playing outside all day. It was like Weekend at Bernie’s but with an albino guinea pig.

The only thing missing was the tiny pair of sunglasses.

We didn’t have time to question it because we had to go to our yearly doctor appointments that day. We were due for inoculations. My mom would tell us about BJ after we left the doctor’s office because we’d already be upset from the shots. She really does think like a sloppy accidental murderer.

In the car on the way home, she finally told us what had happened: She’d put him in the backyard and he was playing in the sun too long, so his heart stopped and he died.

And that’s how she phrased it.

Now we were not only mourning the loss of our dearly beloved Blow Job Dolan, but my mom had also planted the horrifying thought in our heads that if you have too much fun playing in the sun, your heart might stop and you might die instantly.

We pulled up to my house and my dad was already home from work. He hadn’t heard about BJ yet. This was before cell phones, and a dead guinea pig wasn’t worth disturbing my dad at work. 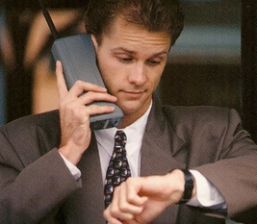 My older brother Mike and I got out of the car first and came into the house crying. My mom stayed back to help TJ out of his booster seat.

My dad asked what was wrong and I choked out the words that BJ had died.

My dad turned white and collapsed back onto the staircase. I didn’t know this, but he thought I’d said TJ had died.

He asked us how it happened. I repeated what I was told: that he was outside playing in the sun and his heart stopped.

He asked where my mom was. I told him she was still in the car.

He asked where we’d just come from. I told him the hospital.

He stopped both blinking and maybe even breathing.

Minutes later, TJ walked in through the front door. He was too young to understand the enormity of the misunderstanding taking place just inside.

At seeing TJ, I saw a look on my dad’s face I’d never seen before. Like the look of a man who’d just seen a murdered Leonardo DaVinci’s ghost in the Louvre and now he had to decipher his code.

My mom finally walked in and saw Michael and I sobbing uncontrollably, my dad, whose face was still drained of color and with tears in his eyes, holding on to TJ like TJ was the slip of paper onto which the deciphered DaVinci code was written.

I need to either stop making guestimated DaVinci Code references OR I need to see the movie. 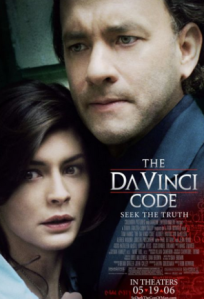 My mom, not knowing that my dad had just seen TJ Lazarus himself over the course of two minutes, surveyed the scene and remarked to my dad, “I didn’t even think you cared about him,” and went into the kitchen to start dinner.

So I guess there are two lessons here:

1. Never give your kids’ pet a name that is at all similar to the name of one of your kids.

2. And most importantly: Don’t play in the sun too much or you might die instantly.

4 thoughts on “The Time My Brother Died But Didn’t”